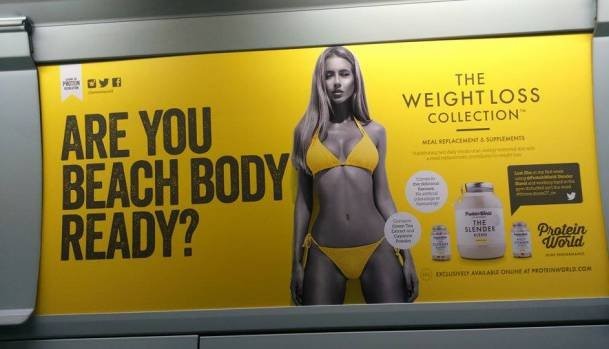 Protein World had an embarrassing time in recent days. London Underground pulled its ad “Are you beach body ready” after protests from consumers, the ads were vandalised and the ASA received hundreds of complaints.

This problem could have been avoided easily with the smallest amount of input from a cultural analyst. Had Protein World showed me this campaign before running it, I could have told PW what was going to happen and how to fix it.

There’s a lot of cross-fertilisation between the cultures of the UK and the USA. One consequence of that is that the UK has imported American sensitivity to ‘body shaming’. Body shaming and fat shaming are really big news in the US right now. The reason is a cohort effect: today’s young adult women were raised on third wave feminism. This type of feminism is not particularly good at campaigning for rights that affect large groups, like better employment laws, but it is amazing at protecting the choices of individuals. The individual is sovereign and choice is sacred. That includes choosing not to be conventionally attractive.

In fact, with a different slogan, this ad wouldn’t have attracted much attention. Yes, it features a near-naked woman, but so do a lot of other ads and they don’t cause outrage. What sank Protein World’s ship was this phrase ‘beach body ready’. Had they asked for some semiotic or cultural analysis ahead of time, I could have pointed out some vigorous and memorable memes that are circulating that express the mood of consumers. In particular, there’s one that says “How to get a bikini body … put a bikini on your body”. PW needed to know about this. The idea that we are all supposed to conform to a particular body type is getting a hostile reception just now and that’s not going to change soon.

A better, more culturally relevant way to phrase this message would have been to position the amazing body as a choice, not an imperative. It would have been so easy. I saw a great ad outside a David Lloyd gym the other day, it said “In 12 weeks you will wish you had started today”. While this could be regarded as a bit bossy, it puts choice and hence the (perception of) power in the consumer’s hands. I can do this, or I can choose not to do it. I can picture myself in 12 weeks and make my own decision about whether David Lloyd is right. What David Lloyd is not saying is “you are or might be inadequate”, which is Protein World’s implication. Rather, it is inviting me to notice that I have a choice in front of me right now, today, one that might deliver results that are left to me to imagine. The accompanying image was an innocuous one of somebody enjoying the pool. It has not been vandalised by consumers. 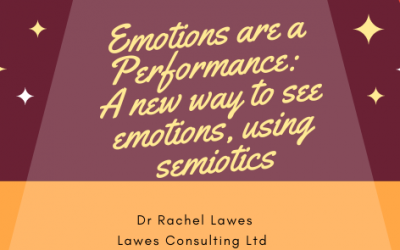