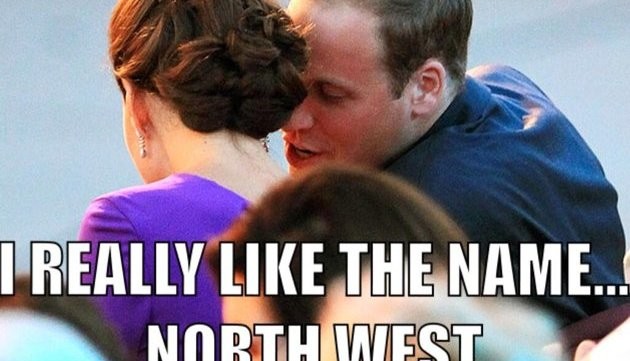 The Duchess of Cambridge just gave birth and the comments from the public are piling in, on news sites, Twitter and all the other media platforms. Some of the comments are positive, some are strongly negative. Why do British people care? Why are all the people who are commenting right now, saying things like “oh wow, woman gives birth, big news”, moved to say anything?

The Royal Family is an entrenched part of British national identity – not because we all feel the same way about it, but because it is the subject of what is known to social scientists as an Ideological Dilemma (Billig & Condor, 1988). An ideological dilemma is a debate or tension around which a nation organises itself. The discovery of ideological dilemmas moved us forward from the days when we used to think that national identity was organised around a relatively fixed set of attitudes to things. This is where national stereotypes come from: Brits are polite and drink tea; Germans are careful and have a lot of insurance; Americans have a can-do attitude and love Jesus. What Billig’s work revealed is that national identity is much more interesting than that. The character of a nation is shaped, not by the things it agrees on, but by the things it disagrees on; not by the things it is sure of, but by the things it is unsure of.

Lawes Consulting used this insight when helping an English brand move into retail banking in Scotland. This was a potentially tricky manoeuvre because Scotland can be a bit sensitive when English brands appear to be trying to muscle in and take over something that Scotland is already doing well. The client wanted to know as much as possible about Scottish culture. We gave them some very practical, executional advice about what kinds of signs and symbols to use and avoid in all their brand communications, but behind this was some good-quality social-scientific thinking and original cultural research that showed what’s actually going on in Scotland.

In just the same way that an essential part of being British is not so much loving the Royal Family as being ready to engage in a debate about it, where which side you have picked is less important than the fact that you picked one, Scotland is also organised around certain cultural tensions. We identified six for our banking client. One example is tradition versus progress. On the one hand, Scotland is very proud of its ancient history, on the other hand it is annoying when people outside Scotland can’t see anything else, and Scotland is correspondingly proud of its ability to innovate and its advances in science and technology. What this means for practical purposes: incoming brands cannot just slap a picture of a castle or some tartan on their comms and expect Scottish people to welcome it as one of their own, in fact doing that is a good way to upset everyone. However, it might be silly for the brand to totally ignore Scottish history and traditional symbols because they are so powerful and meaningful. As a great example of how to get it right, we showed the banking client some DM from Harvey Nicks, when it opened in Edinburgh, that Scottish consumers loved. It perfectly struck the balance between the past and the future. Inside were artful photos of beautiful models in ultra-fashionable clothes, draping themselves over mossy walls with the castle in the background. What really made a positive impression, though, was the front cover. At first glance it looked like tartan but closer inspection revealed it to be a pattern made of shooting laser beams. This was exactly what Scotland wanted to see: not ignoring traditional symbols but expressing them in a way that recognised Scotland as future-facing, innovative and progressive. Armed with this new understanding, the banking client took our six Scottish ideological dilemmas and corresponding set of guidelines for brand communications and moved into the new market with success.

We can accomplish this for any brand. Don’t let anyone tell you that cultures, sub-cultures or social groups are defined by simple attitudes to things: they aren’t. They are defined by their unique, local contradictions and tensions. If you can speak to both sides of the dilemma at the same time, as we helped our banking client to do, then you have found out how to persuade your target customers that you understand them and their lives.